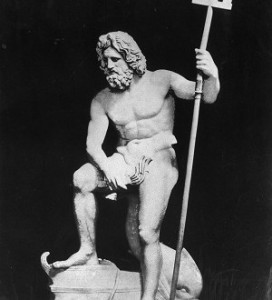 Neptune is all around us now, affecting the collective greatly. Many of us can feel it. The reason many are disoriented now is because we’re simply not used to its powerful, yet diffusive energy. Neptune is here to call us home. It is manifesting in many ways. Organized religion is in its twilight now because people are seeing through the dogma and want to experience their own “God within” – once reserved for the priests or ministers or rabbis, and so on. Not now. People have touched the infinite. Whether it has been through drug use, meditation, yoga, or one of the many spiritual disciplines, we now know that, just like Jesus said, “The Kingdom of Heaven is within.”

Just like a see-saw; things couldn’t be much graver on the physical plane; on the other hand, we seem to be skyrocketing toward the end of the Mayan calendar in real readiness for true spiritual transformation.

Do not kid yourself or let someone talk you out of it; we are ascending.

A newly married couple had two young children. The man was going through a powerful Neptune transit. As is common with Neptune, he was having a great urge to escape. He didn’t even know what he was escaping from, he just wanted to escape – the grass had to be greener elsewhere. Nothing could dissuade this man’s new fever – he wanted to go to Las Vegas, by himself, to be a cop so he could be a bad-ass and wear reflective sunglasses.

This is not a joke. He was drawn to the glamour of the Strip. Too many TV shows. Willing to abandon his wife and two young kids, nothing would stop him.

What happens in Vegas…

Unfortunately, this is an extreme reaction to Neptune, but the man went ahead and did move to Nevada by himself. It’s not known what happened to that “family.”

What caused this type of behavior? Neptune is the answer. There are many sides to Neptune which we’ll address now. First we must understand what Neptune is, so we can get an idea of what it is doing in the mystical sign of Pisces; the sign it rules.
Neptune is a huge gaseous planet that rules such a wide range of things as spirituality, confusion, mysticism, drugs & alcohol, diffusion, delusion, escape, disillusionment, idealism, higher states of consciousness, water, psychosis, global villages, deception, and Oneness.

Neptune’s main “job” is to dissolve our known physical world. It is not worldly – it is other-worldly. Its function is to remove the illusions from our eyes so we can see the “real” world of spirit. The experience of Neptune is not usually very comfortable for westerners who believe that this physical plane is all that there is. Neptune is closely aligned to what we might call the “still voice within.” When people speak of ecstatic spiritual visions, they commonly say, “It was like a veil was lifted from my eyes!”

That’s Neptune; it is useless to look upon Neptune without love in your heart.

Those in tune with the finer levels of spirit welcome Neptune as a chance to become more refined, “closer to God,” and more peaceful. Those who cling to materialism seem to go through much loss in their lives during Neptune periods because they won’t yield to the fact that they are living in an unreal, limited, unsatisfying, physical world.

Here is how Neptune works: Deep within us all is a call to return home, back to God, spirit, whatever you want to call It. When Neptune is active in your chart, the proper way to use it is to do more meditation, turn off your TV, find value in your existing family, and in general get more in touch with the finer qualities of life. Neptune refines.

Many westerners think heaven is just to the left of some star formation and still are looking for some throne with a man (projected parents) on it above the stratosphere; many surprises are in store for them. Neptune dissolves the walls around you; even walls you didn’t know you had. Neptune will broaden your mental scope to the point of unboundedness. This cannot be explained in words. We are only limited by our imagination – truly.

We are all boundless and infinite beings but many of us are afraid to death to own such an outrageous point of view. So, Neptune comes into your life and dissolves whatever you hang on to physically trying to show you that you, the true you, is beyond physicality. This is why so many westerners have such a hard time with it and why so many easterners welcome it. The latter knows that they are not the body, while Madison Avenue and cosmetic surgeons make billions from those who obsess about their temporary form.

Did I see a wrinkle?

Therefore, the common western experience of Neptune is to escape into affairs, to become disillusioned with life, to feel that everything is better somewhere else (not here, not now, Las Vegas,) etc. Compared to the bliss we have within, your husband or wife may feel rather unsatisfying; your job may seem rather restricting; your life may seem rather boring. This is where the tricky part comes in. If you are not in touch with the Neptune call to your spiritual home, you can become lured to that other side of the fence (illusion.) This is why it’s so common for people to go through extra-marital affairs during Neptune transits. Most always, it blows up in the cheaters face afterwards, because Neptune rules mirages! It usually was a mirage.

What Neptune is trying to make you see is that your physical life is an illusion and should make you feel unsatisfied, thus inspiring you to head back home.

If the aftermath leads the wanderer to repent and find the beauty in their own back yard (Kansas) then at least it may have been worth it – if trust can be regained.

So, Neptune has a lot to do with glamour. Many under a strong Neptune transit or possessing a strong Neptune influence in their natal chart are attracted to such things as: photography, movies, makeup, Hollywood, Broadway, the bright lights, glitter, etc. The subconscious is escaping, thinking that it is transcended boring daily life and tries to replace it with glamour, as was the case of the deluded cop in Vegas. (This subject is beautifully detailed in the masterpiece book called “Neptune and the Quest for Redemption” by Liz Greene.)

We are not trained to handle Neptune in the West. We are trained that money matters, houses, prestige, sex, looks, property, status and on and on. Neptune WILL NOT SUPPORT YOU IN THESE AREAS. IT WILL WORK AGAINST YOU.

Neptune is the astrologer’s nemesis because it is so hard to deal with, so hard to explain, and is completely unpredictable. It moves slowly and thus its effects can go on for years. When it’s over, we commonly say, “Boy, have I been in a fog!”

However, if the same client is very spiritual and quite tuned to the finer vibrations within, it can be a heavenly delight and is indicative that they have arrived at a point where they are ready to surrender to God’s Will. Dr. Wayne Dyer says that there is only one moment in your life of true free will, i.e., the moment you decide to give in to God’s will. Dr. Carl Jung said, “free will is gladly doing what you must.”

This may sound heavy-duty, or corny, or whatever evasive word you can think of, but that’s the truth. It’s where we came from – and eventually where we are going back to. The rest is a dream.

Be of heart; we are on the right track. There is no other destination. We have much to let go of yet and much more awaits us.