It’s Time We Find Our Destiny 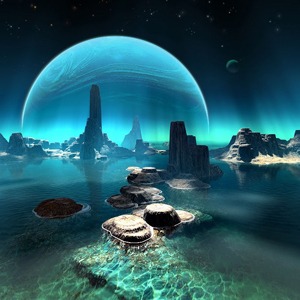 Years ago, people used to come to me and ask if I could help them find their destiny or “path.” Not an easy thing to do. Most people weren’t going to give up what they referred to as their “security”, i.e., job, paycheck, lifestyle, etc. It was understandable.

Now, things have changed. With the entrance of Chiron and Neptune into the sign of Pisces, there is a clear-cut, powerful new urge to get on with things. People have to know their destiny now. I can’t say it emphatically enough; many folks are picking up on the universal and collective push towards finding and getting on with their purpose.

It’s like it came out of nowhere, but I wrote about it for years as Neptune and Chiron approached Pisces.

Just like watching a slowly moving cloud, I watched client after client ask themselves, “What is security? IS IT REALLY SECURE?” (Usually it’s ‘killing’ them; literally!) I watched the old definition fade as the truth of spiritual growth took over. In time, more and more clients came in and didn’t care anymore if they were “throwing caution to the wind” or not. Just like Joseph Campbell’s statement: “If you aren’t following your bliss, you’re already dead.” That really hit home for me and was the best advice I’ve ever heeded years ago.

The reason: it’s NOT YOU that’s doing the work; it’s allowing God to work through you. It is my firm opinion that you do not have the right to deny God’s expression through you.

So, you have a nice home and perhaps a roommate or partner or husband or wife or whatever particular combination you’ve created. It is now time for soul growth, and most of us are learning that from the collective. So many people are now trusting their intuition (because Neptune and Chiron are so strong now) and forgoing their life-long occupations for their true Hero’s Journey.

I’ve always suspected that Chiron’s nature has a lot to do with one’s destiny, not just the “wounded healer” part of us. That’s what people are feeling now! It’s been very obvious to me that in the past year, those who were already doing “light-working” are being required to do much more. Teachers teaching teachers. While at the same time, so many “lay people” who have never really launched out into the world of “light-working” can’t get there fast enough.

I have held many life direction workshops using astrology. What I have discovered is that approximately two thirds of the audience couldn’t get in touch with their soul’s purpose because of blockages I found indicated in their birth charts. So, we focused on identifying said blocks and achieving liberation. After that was accomplished, during the client’s next visit, we seemed to rather easily work through identifying what the best course the client could take to maximize their sense of light harvest. The other one-third didn’t seem to have significant blockages and were rather easy to help identify their paths.

When you are blocked, you just can’t see.

Identifying blockages is a true art that must take place with a heart-to-heart discussion between the client and the astrologer. This is why so many astrologers give up the art: they think they should be able to just glance at the chart and voila, there’s the person’s path! I assure you, it’s not that simple. We are very complex beings with vying archetypal patterns at our core. (Then there’s always the past lives, too.)

By combining an analysis of the birth chart, past life charts, and other harmonic charts, it eventually starts to give the astrologer the evidence we need. Following your path usually means doing what you like to do; what comes (from God) naturally to you; what you’re best at. I often ask clients what they would like to do and a vast majority of them say, “I don’t know.” I often ask them to dig a little deeper, and find that they do indeed know. I have them imagine being with a group of people stranded on an island… what would they do? Would they cook? Become the pop-psychologist? The medic/mid-wife? And so on. Many times that gives them a clearer picture of what they are good at naturally.

So many people can’t tell you what they want to do because within a split-second of thinking about it, their mental screen fills up with WHY THY CAN’T DO IT. Of course, they then get nowhere. Same old loop.

So, I ask, if money and responsibilities were no problem, “What would you like to do?” – and almost immediately, everyone knows what they want to do and it is verified by the symbols in the chart. I emphasize that we are NOT going to talk about HOW to do it; because that’s where most of us get stuck?

Because we insist on thinking that we are separate individuals – that’s why.

And once we get our pilot light lit, God comes through – He/She/It provides us with what we need (just like Jesus promised us). It’s true; the door opens when we allow it. It really is that simple. You simply can’t yank it open! Many of you will doubt this, but in my experience, the planets work with you and FOR you as soon as you are willing. But what of baby-sitters and getting dinner ready, and health insurance and on and on and on? The universe will take care of it. Why? Because it has to; because you are it; there is no distinction. There is no difference between the planets moving, the seasons turning and you fostering. The universe naturally takes care of itself.

If you feel that you are stuck and want to chip in your part of all the light-working that is sorely needed now, get out a piece of legal size paper. On one side write what you would like to do AND ALLOW NO NEGATIVE DOUBTFUL COMMENTS. On the other side, write down honestly why you cannot follow your path. Let it sit on the table for a few days. Read it over and give it to God. Do NOT discuss this with anyone especially anyone who doesn’t give you support and is probably stuck in their own paralysis.

You will be amazed in the next few days how things come out of nowhere to help you. I can’t tell you how, it just happens. Your yearning is what creates them.

How else do you think we got here?