Pluto in Capricorn – The Times are Dire 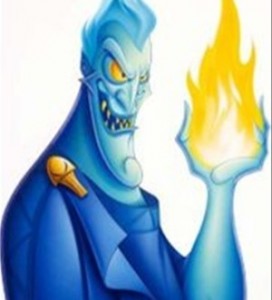 Things are very dire on this planet right now. Everyone knows that. We’re in the midst of a tremendous paradigm shift that’s never happened before. We were never ready for this before. Now, we are.

What’s true for the macrocosm must be the same for any and all microcosms, too.

We’re dealing with a very serious Pluto in Capricorn energy which is squaring Uranus, another powerful cosmic force. So, we are left not only with 13 more years of Pluto traveling through Capricorn, several tough years of its square to Uranus and the sleepers, Neptune and Chiron traveling together for the first time ever over the next few years. I know this is a bunch of astro-lingo but … please bear with me.

While it is very clear that the Pluto presence in Capricorn since January 2008 has certainly signified a massive breakdown to our country’s structure as well as the whole globe, there are many other planetary stresses being exerted now, too.

Pluto has had the unenviable job of digging up the corrosion, uncovering corruption and eliminating the waste. Seen any corruption lately?

There are many inherent problems with explaining astrology to the masses, and this planet Pluto might be at the top of the list. You see, Pluto is primarily very fair and just and pure. It may be debated as to whether Pluto enjoys burning towns to the ground or taking its sizable backhand and swatting tsunamis upon our shores. Nevertheless, Pluto is here to clean up and make things right.

Now, what does all of this mean for us, since we’re such an ego-centered race? We want to know. The reason we want to know is that we looking for guidance, and in many cases, excuses.

When Pluto is pronounced in our collective world as it is now, it is time for us to Pluto-fy our own life; our family’s life; our country’s life, and so forth. Pluto being where it is now means one thing: we are ready to take on the responsibility for our own footprint upon this wonderful Earth. That’s one of the things the planets “do,” they tell you when you have no more time.

They are our calendar.

Do you think it’s you that is picking the date for your wedding?

Do you think it’s you that is picking the date and time for your medical operation?

Do you think that it is a coincidence that this entire cleanup is lining up perfectly with the end of the Mayan Calendar’s 26,000 year cycle?

The planets tell us when we can no longer take time off; when we can no longer keep shoving things back further into our closets, etc. That’s the advantage of astrology. The human ego says we can keep on stuffing things under the carpet forever, but you see, Pluto’s job is to put a stop to it. And I do mean a permanent S-T-O-P to anything we might be doing that jeopardizes our own evolution. Pluto doesn’t care who “wins.” Doesn’t it seem like the Earth is saying enough already!? Pluto is pro-evolution. Pluto is anti-weakness.

Just as Pluto identifies blockages or weaknesses that inhibit our growth that we’re all being affected by, we have to realize that this is the time for us to clean up inwardly too. Actually, it’s where it should start.

This is less of a sanctimonious stance, rather an attempt to show how the zodiac’s beauty and exquisiteness is telling us in its own way how we need to respond now. Pluto deals with purity vs. corruption. Period. And this is just one planet.

When a Planet “comes over us” as Pluto has been doing for almost 4 years now, it imbues us with its archetypal perception and power. We have been Plutofied. Who hasn’t become fed up in the last 4 years? What institution has not had significant amounts of its dirty laundry exposed during that time. You get the idea.

But the idea herein is to emphasize the positive aspects of Pluto’s archetypal energy; our only choice. Pluto is kick-ass.

Now is the time for us to recognize and own our divinity. We are all divine beings having a human experience. Pope John Paul would have told us that; Jesus told us that; all the great saints knew the same thing. Our Neptune’s teach us that.

“Only God can save us now,” is one way of putting it. And it looks like that is pretty much correct. Not some bearded man on a huge throne. The God within us, Jesus, Mohammed, Moses, The Buddha, whatever you want to call, this divine spark within us. Hatred must stop. Now. Judgment must stop. Now.

We all know this…. Or, we can just keep goofing around and have cable TV put on a 6th show about towing cars and maybe a 5th one about the exciting tension that goes on around pawn shops. More cage wrestling.

You know what I mean. The point is this: this is not a behavioral imperative.

Living out of harmony with each other, other countries, and nature itself has put us here arguing about whether there really is global warming or not as poor polar bears are slipping into the sea and drowning.

Are we nuts or not? I don’t have to tell you. Everything is basically awkward.

As with many clients undergoing Pluto transits, as soon as you find your courage and let go of the old habits that no longer work for you, kazaam, your life goes straight uphill! It happens so often! Hang on to the old, and, well, it’s a sad result.

With the presence of Pluto, our courage is here. The collective is changing. Blogs and social media have made is less and less possible for us to BS each other anymore. Thank Goddess. You can make the changes you need to make. Fellow Americans are good people, just as they are in the Mid-East, and everywhere else; we can and must help each other.

Mothers across this globe must sign pacts to not allow their sons and daughters to fight anyone any more.

For any and all lame reasons.