Pluto in Capricorn – A Newer World

Originally Published in The Point of Light Magazine 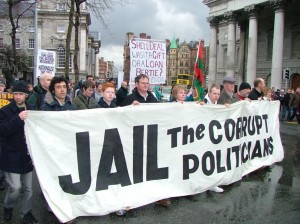 “Seat thyself sultanically among the moons of Saturn, and take high abstracted man alone; and he seems a wonder, a grandeur, and a woe. But from the same point, take mankind in mass, and for the most part, they seem a mob of unnecessary duplicates, both contemporary and hereditary. . . “

In the great American novel, Moby Dick, Herman Melville offers us this lofty view on humanity, then introduces us to his exception: “But most humble though he was, and far from furnishing an example of the high, humane abstraction; the Pequod’s carpenter was no duplicate; hence he now comes in person on this stage.”

The challenges (and their inherent solutions) that we face as Pluto travels through the sign of Capricorn over the next 16 years are encapsulated above by Melville’s Saturnian perspective. The times ahead require each of us to assume a mantle woven of both unique personal calling and social responsibility. Melville might be encouraged to find that our species is now, in fact, awakening to this imperative.

I’m not sure if my own heavy dose of Capricorn traits aids or hinders my astrological intuitions regarding this coming 16-year era, yet, I offer these insights:

One can think of planets as having specific traits, personalities and intents. Each planet wants to have particular impact – individually and collectively. In 2006, astronomers declassified Pluto from its status of “planet” to that of “dwarf planet.” However, Pluto will always represent an archetype of depth, gravity, and transformation. When it changes signs every 13 to 30 years on its orbit around the Sun, Pluto indelibly colors the character or feel of the generations that are born during those times, as well as of those times in general, according to the zodiacal sign being transited. This is because each sign has it’s own archetypal signature as well, and is said to “rule” certain attributes, principles, or facets of life.

Tom Brokaw christened those born from 1912 through 1937, while Pluto transited the sign of Cancer, “The Greatest Generation.” Consistent with Cancer’s archetype, this generation lived through global economic depressions and conflicts that affected the whole planet, including two world wars. Through these experiences, people everywhere on Earth were preoccupied with Cancerian issues of security and survival: maintaining their homes, putting food on their tables, and protecting their nations’ sovereignty.

When the Pluto in Leo Generation came along (born: 1937-1956,) Pluto’s archetype went to work creating and transforming the Self, colliding with the Cancer generation’s struggle to preserve the family. It is no wonder that one icon of these Leo times was the Rolling Stones’ disrespectful, protruding tongue. The “generation gap” was painfully upon us. The Baby-Boomers were not to be suppressed. Family or not. Country or not.

When the Pluto-in-Virgo Generation (born: 1956-1971) came of age, they collectively looked askance and with disdain upon the “hippie” Leo generation as the cultural pendulum swung back to the right. They felt a need to be more responsible as the rebellious swells of the Leo generation fell dormant. They felt compelled to straighten up the muddy mess that Woodstock left behind.

Those with Pluto in Libra (born: 1971-1983) reacted strongly against the austere, self-restrictive Virgo Generation: it was OK once again to enjoy life. This disco/MTV era produced a generation that was quite materialistic and hedonistic. They “looked mahvelous” in their designer jeans, and often seemed motivated only by profit and myopic self-aggrandizement. However, there was also an emphasis on exploring relationships and a growing respect between people of different genders and orientations.

Next, the intense Pluto-in-Scorpio youth (Indigo/Crystal children born 1983-1995) incarnated as if Lord Karma himself had placed the weight of the world on their shoulders. The AIDS epidemic became rampant, and the Soviet Bloc disintegrated. The Wall tumbled and left us confronted with the realization that we could no longer blame our problems on any “THEM.” As Pogo tried to tell us years before, “We have met the enemy and he is us.”

The Earth and life as we know it will never be the same, thanks to Pluto’s recent sojourn through the sign of Sagittarius since 1995. Take some time to contemplate these huge changes we have experienced because of the revolution in communications/computer technology, and because of confrontations between religious and political extremes. Keeping with Sagittarian themes, our world has shrunk and greatly expanded at the same time.

As you can see, when Pluto changes signs, it represents not just a singular event, but the unfolding over time of discrete eras, affecting the personal as well as the global. Pluto symbolically calls for death and rebirth – doing away with old forms, especially ones that are weak or no longer serve in substantive, healthy ways. It replaces them with more effective, meaningful ones. Pluto will have its way, whether we choose to play along or not, and it doesn’t always play nice. Pluto’s effects through each sign are transformative and profound and cannot be underestimated.

Looking back in time, we clearly see important cyclical patterns: Pluto transited Capricorn between the years of 1024 and 1042. During this part of the High Middle Ages, there was a sudden decline of Byzantine power and rise of Norman domination over much of Europe, along with the prominent role in Europe of notably influential popes.

Then again, from 1270 to 1287, after its conquests in Asia, the Mongol Empire stretched from Korea to Eastern Europe. In Europe, power struggles within the Holy Roman Empire escalated into civil war.

During a critical stage of the Renaissance, Pluto once again moved through the sign of the Goat from 1516 to 1532. A revival of learning based on classical sources emerged as the world enjoyed dramatic educational reforms. This period of the Renaissance saw developments in most intellectual pursuits, but is perhaps best known for producing Leonardo da Vinci and Michelangelo. It was also during this time that Martin Luther defied the Pope, birthing the Protestant Reformation.

We now find Pluto’s 21st century debut on the worldly stage in the sign of Capricorn the Goat. Since Capricorn “rules” all forms, including organizations, governments and social structures, this is a critical time. The last time Pluto transited Capricorn, it coincided with the era of the American and French revolutions which elevated and refined the idea of democracy. The human species came to understand democracy as a double-edged sword during this epic time: We learned that individual freedom is possible, but not without personal responsibility toward the welfare of all. This seems to be an important lesson that we must now revisit on a world-wide scale. Pluto-in- Capricorn insists that, to save ourselves that we each must be proactive and vigilant about saving this planet and its inhabitants.

While this new era will greatly affect all of planet Earth, much of the focus will be on the troubles created by and visited upon the USA. A common sentiment expressed by my clients and friends is that its time to stop kidding ourselves that the government will always take care of us. We sense that our outmoded, inefficient institutions, like our health care system, Social Security, and the United Nations, need a thorough renovation. Its corrosive effects can already be seen, heralded early on by the scandals of corporate corruption such as Enron and WorldCom, and the stunning collapse of the mortgage industry. Pluto digs down into the heart of the matter. The very tenets of capitalism and all other economic and political theories are now on trial.

As a country ruled by the sign of Cancer, the USA has a tendency to believe that our way of doing things is the only right way. The US is not the world’s police force, and the more we try to be so, the greater the chance during Pluto-in-Capricorn that our “known enemies” will rise against us. Instead of engaging in more power struggles, the US could offer a Capricornian response to a beleaguered world in the form of real assistance to a hungry, deprived people with no strings attached.

We as a country will be greatly tested in our handling of power and usage of resources for the next 14 years as it completes its orbit back to where it started from on July 4, 1776. This represents the completion of a cycle – one that will be no walk in the park. Pluto will assess how we have used or abused the power it has entrusted with us over the past 246 years. How passionately and responsibly have we performed our roles as planetary stewards? Or, as Pluto puts it, have we just been taking up space? Keep in mind, Pluto will be in Capricorn for everyone on the planet – not just Americans.

What we can’t do it keep on keepin’ on the way we have been. The recent Sagittarian response to blame others, and to cut and run is no longer workable or acceptable. The finger-pointing must end – welcome to Capricorn – we’re all accountable to each other. Capricorn requires us to make a stand, to be good citizens, and to build solid social institutions. This Capricorn stuff may sound hard and unglamorous, but we are creative enough to discover ways to make differences that are meaningful. Greed can no longer be our sole, or even our primary motivation. As we comprehend that our individual fates are increasingly intertwined with those of people thousands of miles away, following the Golden Rule is no longer just a nice way to be – it could be the key to our survival.

This planet is a far different place than it was in 1995. We have new Pluto-in-Sagittarius hi-tech tools to bring to the Capricorn challenge. One of the most encouraging factors of this transits is that collectively (that’s how Pluto works,) we’re going to start feeling differently. I’m already seeing clear signs of this. We’re going to feel like meaning more, like our mojo has arrived. like we have a new found ability, and that we just can’t accept excuses anymore. Are you feeling that way, too?

Yes, the Pluto-in-Capricorn period will be perilous unlike any other era we’ve seen before. The world and the US could face quite a series of setbacks during this time. However, we now have a new consciousness. We do have the capability to take care of our own. A paradigm shift is needed. We can succeed and flourish in creating yet a Newer World. Pluto does not take kindly to us when we cower from our power – and, our power has just arrived. We’re not duplicates, each of us can make a huge difference.

The New World was created during the last Pluto-in-Capricorn cycle, when American colonists revolted against the old rule of England. The Newer World will likely be one in which each of us is like a unique gear in a beautiful timepiece, working in unison towards universal goals. When we individually raise our own consciousness, it acts like a magic fulcrum – the whole planet is lifted.